The term “open source” refers to something people can modify and share because its design is publicly accessible.

Open source software is software with source code that anyone can inspect, modify, and enhance.

“Source code” is the part of software that most computer users don’t ever see; it’s the code computer programmers can manipulate to change how a piece of software—a “program” or “application”—works. Programmers who have access to a computer program’s source code can improve that program by adding features to it or fixing parts that don’t always work correctly.

Difference between open source software and other types of software

Some software has source code that only the person, team, or organization who created it—and maintains exclusive control over it—can modify. People call this kind of software “proprietary” or “closed source” software.

Open source software is different. Its authors make its source code available to others who would like to view that code, copy it, learn from it, alter it, or share it.LibreOffice and the GNU Image Manipulation Program are examples of open source software.

As they do with proprietary software, users must accept the terms of a licensewhen they use open source software—but the legal terms of open source licenses differ dramatically from those of proprietary licenses.

By design, open source software licenses promote collaboration and sharing because they permit other people to make modifications to source code and incorporate those changes into their own projects. They encourage computer programmers to access, view, and modify open source software whenever they like, as long as they let others do the same when they share their work. 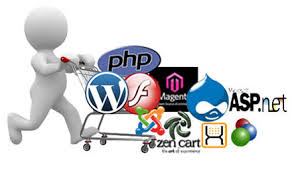 End of 1990s: Foundation of the Open Source Initiative

In the early days of computing, programmers and developers shared software in order to learn from each other and evolve the field of computing. Eventually the open source notion moved to the way side of commercialization of software in the years 1970-1980. In 1997, Eric Raymond published The Cathedral and the Bazaar, a reflective analysis of the hacker community and free software principles. The paper received significant attention in early 1998, and was one factor in motivating Netscape Communications Corporation to release their popular Netscape Communicator Internet suite as free software. This source code subsequently became the basis behind SeaMonkey, Mozilla Firefox, Thunderbird and KompoZer.

Netscape’s act prompted Raymond and others to look into how to bring the Free Software Foundation’s free software ideas and perceived benefits to the commercial software industry. They concluded that FSF’s social activism was not appealing to companies like Netscape, and looked for a way to rebrand the free software movement to emphasize the business potential of sharing and collaborating on software source code. The new term they chose was “open source”, which was soon adopted by Bruce Perens, publisher Tim O’Reilly, Linus Torvalds, and others. The Open Source Initiative was founded in February 1998 to encourage use of the new term and evangelize open-source principles.

While the Open Source Initiative sought to encourage the use of the new term and evangelize the principles it adhered to, commercial software vendors found themselves increasingly threatened by the concept of freely distributed software and universal access to an application’s source code. A Microsoft executive publicly stated in 2001 that “open source is an intellectual property destroyer. I can’t imagine something that could be worse than this for the software business and the intellectual-property business.” However, while FOSS has historically played a role outside of the mainstream of private software development, companies as large as Microsoft have begun to develop official open-source presences on the Internet. IBM, Oracle, Google and State Farm are just a few of the companies with a serious public stake in today’s competitiveopen-source market. There has been a significant shift in the corporate philosophy concerning the development of FOSS.

The free software movement was launched in 1983. In 1998, a group of individuals advocated that the term free software should be replaced by open-source software (OSS) as an expression which is less ambiguous and more comfortable for the corporate world. Software developers may want to publish their software with an open-source license, so that anybody may also develop the same software or understand its internal functioning. With open-source software, generally anyone is allowed to create modifications of it, port it to new operating systems and instruction set architectures, share it with others or, in some cases, market it. Scholars Casson and Ryan have pointed out several policy-based reasons for adoption of open source – in particular, the heightened value proposition from open source (when compared to most proprietary formats) in the following categories: